A Mother Giraffe Embraces Her Calf 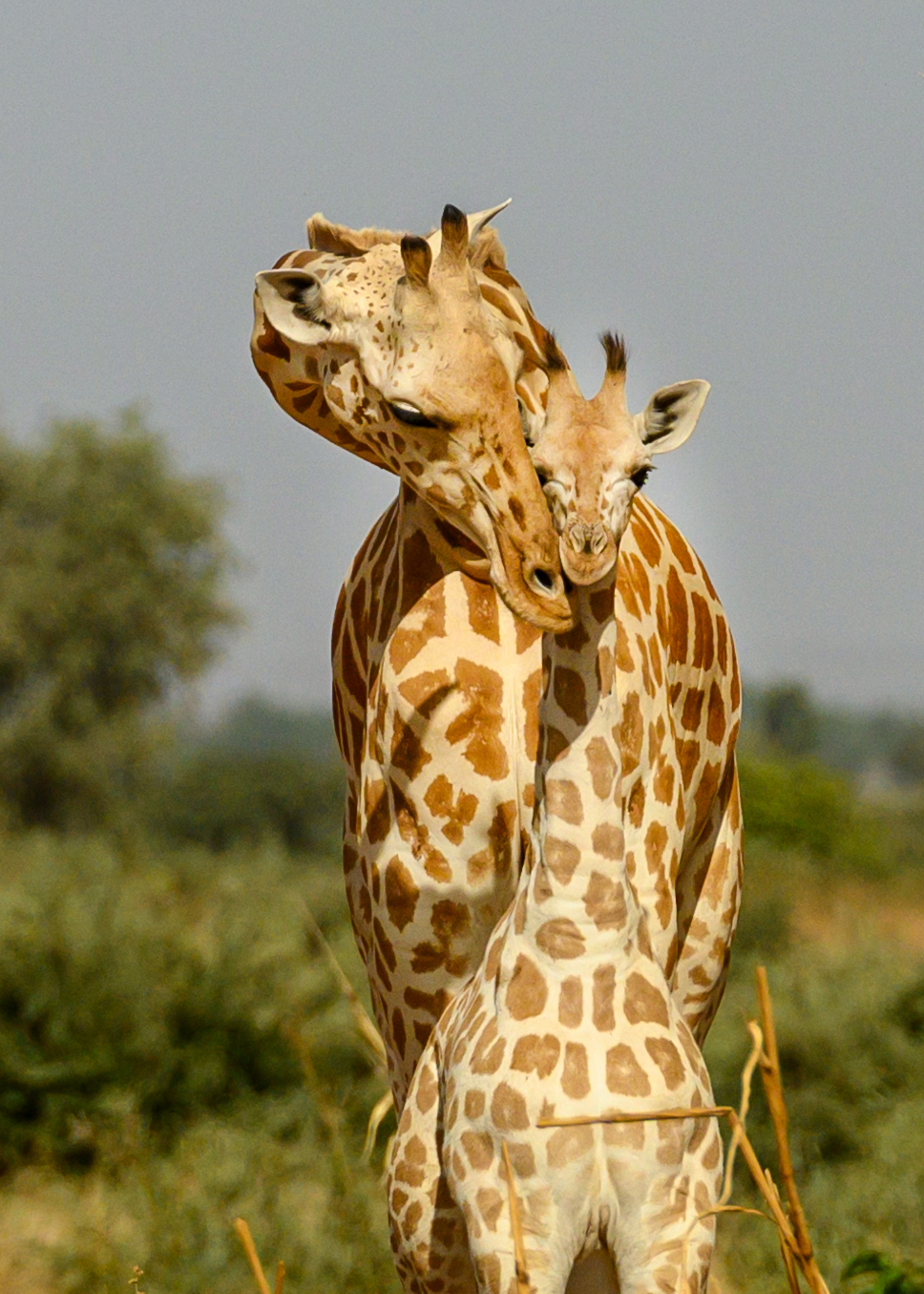 A mother giraffe embraces her calf outside the small village of Doulouwal Peulh in Niger. In this small enclave 50 miles from the capital, Niamey, people live side by side with the endangered West African giraffe in Niger’s “giraffe zone,” a government-defined region where giraffe and humans coexist. There are only about 600 West African giraffes left on the planet (up from a low of 49 in the wild, itself a conservation success).

In December 2018, the Giraffe Conservation Foundation, with the Niger government and other partners, endeavored to move eight of these highly threatened giraffe from the zone to Niger’s Gadabedji Biosphere Reserve, where they have been absent for more than 50 years. The translocation has been a huge success and they are doing well.