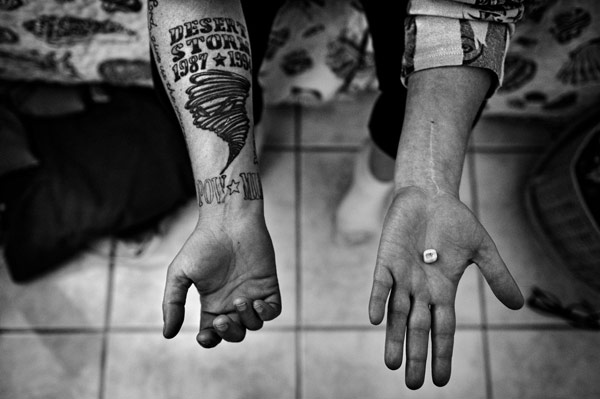 The Alexia Foundation has announced that the recipient of the 2014 Women’s Initiative Grant is Mary F. Calvert, an independent photojournalist based in the United States. Calvert will utilize the $25,000 grant for her project “Missing in Action: Homeless Female Veterans.”

“Female veterans are the fastest growing segment of the homeless population in the United States and are four times more likely to become homeless than civilian women,” Calvert tells the foundation in her proposal. Yet, the Department of Veteran’s Affairs is ill equipped to address the issues faced by female veterans, many of whom are mothers and single parents.

Calvert’s work will focus on the Los Angeles region, where the largest concentration of homeless veterans live. She will examine the painfully slow response to this crisis by the beleaguered U.S. Department of Veteran’s Affairs as well as the organizations that attempt to help these women. Calvert will put a human face on this neglected crisis by making compelling photographs of the women affected and allowing them to tell their stories in their own voices.

“Mary Calvert’s project on homeless female veterans in Los Angeles qualifies as the poster story for our mission statement,” said Alexia Foundation co-founder Aphrodite Tsairis. “The stark emotion evoked in her images promises to deliver the raw naked truth about a neglected segment in the military – the debilitating aftermath for abused women in the armed forces.”