Ami is currently in Montana

Ami Vitale is a Nikon Ambassador and National Geographic photographer, writer, speaker and documentary filmmaker. She has traveled to more than 100 countries, documenting the heartbreaking realities of war and witnessing the inspiring power of individuals making a difference.

Throughout the years, Ami has lived in mud huts and war zones, contracted malaria, and donned a panda suit— keeping true to her belief in the importance of “living the story.” Her award-winning work illuminates the unsung heroes and communities working to protect wildlife and finding harmony in our natural world.

She has been named one of the most influential conservation photographers of her generation and is Conservation International's Lui-Walton Innovators Fellow. In 2022, she was awarded with the prestigious prizes from the Missouri Honor Medal for Distinguished Service and the Lucie Humanitarian Award. Instyle Magazine named Ami one of fifty Badass Women, a series celebrating women who show up, speak up and get things done. She appeared alongside a group of incredible women including Jane Goodall, Christiane Amanpour and Ruth Bader Ginsburg. She has also been named Magazine photographer of the year in the International Photographer of the Year award, received the Daniel Pearl for Outstanding Journalism award and is a six-time recipient of World Press Photos. She is the author of the best-selling book, Panda Love, on the secret lives of pandas.

Ami is also the founder and Executive Director of the non-profit Vital Impacts which uses art to empower and engage youth through the arts to become activists and influence their peers in the world. She lectures around the world for the National Geographic LIVE series, and will be featured on the National Geographic Channel Explorer tv series in 2023. Based in Montana, she can be reached at ami@amivitale.com.

Four Amazing Women, Four Incredible Stories VOICES Lectures turns 30 this season, telling the stories of fascinating women. VOICES is a 4-part lectures series sold as a series with individual tickets on sale one month prior to opening night pending availability. Great friends’ night out! Ami Vitale will be delivering the talk “Wild Hope” with [ … ]

In “Wild Hope,” photographer and filmmaker Ami Vitale shares her personal odyssey through the images she captures—from the heartbreaking realities of war to the inspiring power of an individual to make a difference. Her work has taken her to more than 100 countries. She’s lived in mud huts and war zones, contracted malaria, and donned [ … ]

In “Wild Hope,” photographer and filmmaker Ami Vitale shares her personal odyssey— from documenting the heartbreaking realities of war to witnessing the inspiring power of an individual to make a difference. Her award winning work illuminates the unsung heroes and communities working to protect our wildlife and find harmony in our natural world. Hear her [ … ]

In “Wild Hope,” photographer and filmmaker Ami Vitale shares her personal odyssey— from documenting the heartbreaking realities of war to witnessing the inspiring power of an individual to make a difference. Her award winning work illuminates the unsung heroes and communities working to protect our wildlife and find harmony in our natural world. Hear her [ … ]

The Lucies to Honor Ami Vitale

The Lucie Awards is the premiere annual event honoring the greatest achievements in photography. The photography community from around the globe pays tribute to the most outstanding people in the field. Each year, the Lucie Advisory Board nominates deserving individuals across a variety of categories. The goals of The Lucies are threefold: to honor master [ … ] 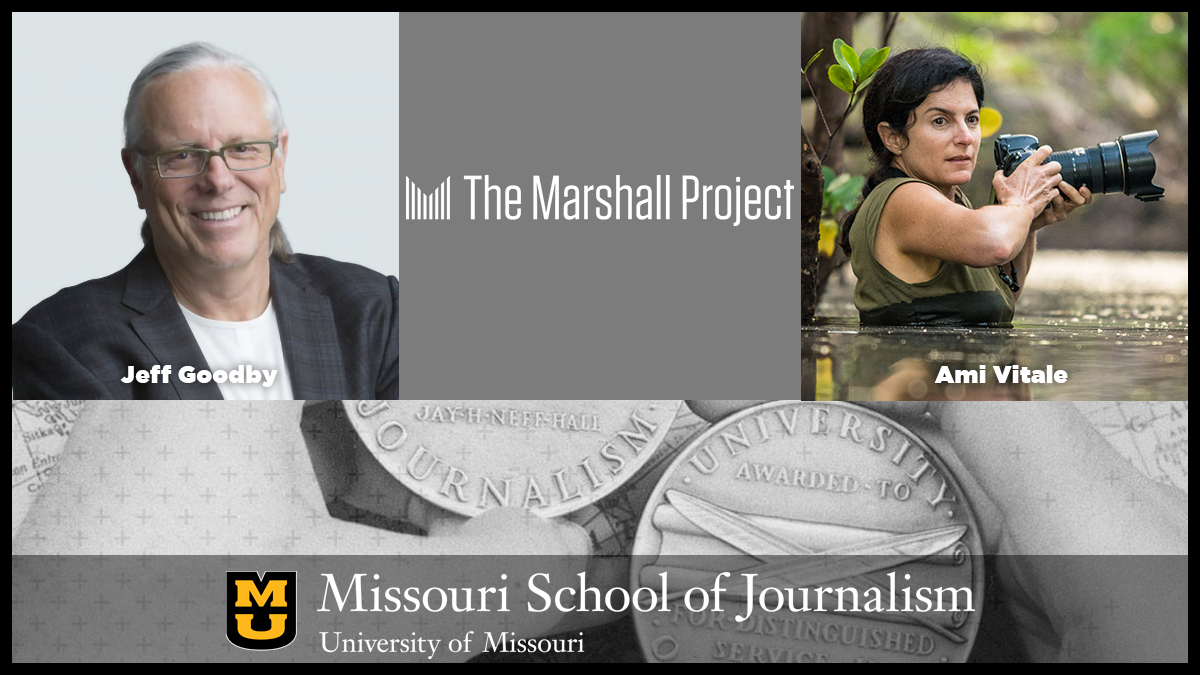 The Missouri School of Journalism has announced the 2022 recipients of the Missouri Honor Medal for Distinguished Service, a prestigious award recognizing lifetime or superior achievement in journalism or strategic communication. Two individuals and a nonprofit media organization will accept their medals at an evening reception and banquet on Wednesday, Oct. 19, beginning at 6 [ … ]

The Nikon Ambassadors are authorized by Nikon to demonstrate to the public and professional image makers the capabilities and use of Nikon imaging products, but the expressive content of their work is solely their own. Nikon Ambassadors are independent contractors and visual artists and are not employees of Nikon. Nikon Ambassadors are responsible for the content of their photographs, websites, exhibitions, and visual images and the manner in which such content and images are obtained. Any messages, beliefs, or viewpoints expressed in the Nikon Ambassadors’ photographs, websites, exhibitions, or visual images do not necessarily reflect the opinions, beliefs or viewpoints of Nikon or any Nikon employee. Photographer agrees that any images posted on the Photographer Sites that include the “#nikonnofilter” hashtag may be re-posted or shared by the Nikon Parties on their own respective social media properties, provided that Nikon Parties shall have no obligation to do so.