Back to Giving Back 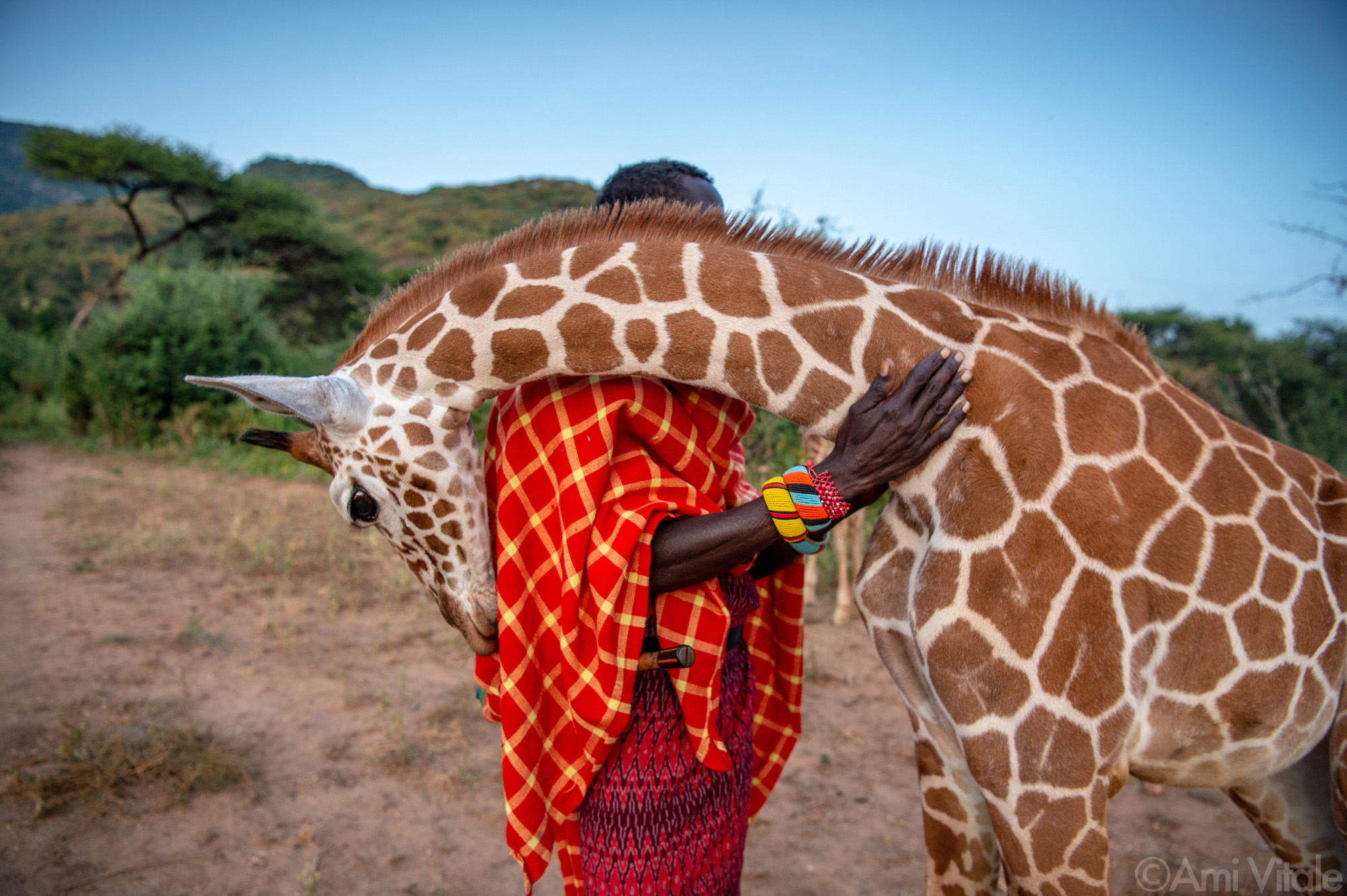 An orphaned baby reticulated giraffe embraces Sarara Camp wildlife keeper Lekupania. This giraffe will be rehabilitated and return to the wild, as a number of others have done before him. Right now, giraffe are undergoing what has been referred to as a silent extinction. Current estimates are that giraffe populations across Africa have dropped 40 percent in three decades, plummeting from approximately 155,000 in the late 1980s to under 100,000 today. The decline is thought to be caused by habitat loss and fragmentation and poaching, but because there haven’t been long term conservation efforts in the past, it’s hard to know exactly what is happening. Reticulated giraffe themselves number fewer than 16,000 individuals. Scientists are now undertaking major studies to better understand why giraffe are disappearing and what can be done to stop it.